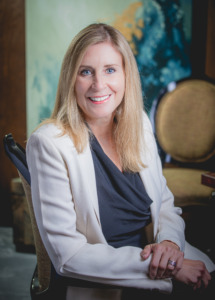 Texas Governor Greg Abbott has named Lori Traweek, former General Manager of the Gulf Coast Authority, to the Gulf Coast Protection District (GCPD) Board of Directors. The GCPD Board will be compromised of six Governor appointments and five appointees with one from each of the following counties: Orange, Jefferson, Chambers, Harris, and Galveston. The Texas Legislature recently passed Senate Bill 660 related to the creation of the District to operate and leverage funding for the unique flood control and surge protection system needed to protect coastal industry and communities.

The coastal protection project is anticipated to be the largest civil works project for the Army Corps of Engineers in US history. The District will be expected to leverage up to $30 billion in federal funds for the benefit of projects in the aforementioned coastal counties. As Texas ports handle approximately 65% of all US cargo and produce, the funds are designated to protect not only the Texas coast but also the national economy.

“This project will go down in history as one of the most significant measures to protect Coastal Texas, its citizens, and the economic activities this region provides,” said Governor Abbott. “Strengthening our coastal regions and ports is vital not only to Texas but to the entire nation.”

“I am honored to be named by Governor Abbott to serve on the board of the Gulf Coast Protection District,” said Traweek. “It is a unique opportunity to serve our citizens, our industry, and the environmental needs of this important coastal region.”

Traweek is the current Chair of the Galveston Bay Foundation, President of the Texas Conservation Fund, and board member of the Texas Water Trade.

The Office of the Texas Governor news release can be found here.