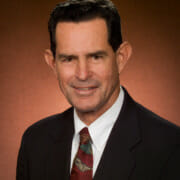 Lamont Meaux of Stowell is the owner and president of Seabreeze Culvert, Seabreeze Chemical and Seabreeze Farm. He is a member of the Winnie-Stowell Chamber of Commerce, Texas Society of Professional Engineers, Texas Farm Bureau, and General Land Office Regional Advisory Board. He is a past member of the American Rice Growers Association, American Soybean Association, American Rice Growers Exchange, and Texas Rice Festival. He is also a member of the East Chambers Agriculture Historical Society, Texas A&M University Association of Former Students, and the Texas A&M Corps of Cadets Association, and a member and past muster chairman of the Beaumont A&M Club. Meaux served in the U.S. Army and received a Bachelor of Science from Texas A&M University.

Kevin Scott of Santa Fe is co-owner and funeral director of Scott Funeral Home in Alvin. He previously served as a teacher, coach, and vice-principal for Santa Fe ISD. He is a former member of the Santa Fe High School Football and Baseball Booster Clubs. In addition, he is a former member of the Texas State Teachers Association and Texas High School Coaches Association. Scott received a Bachelor of Science from Stephen F. Austin State University and a Master of Science in Educational Management from the University of Houston at Clear Lake.

These appointments are subject to Senate confirmation.

If you have any questions regarding this announcement, please contact the Governor’s Press Office at (512) 463-1826.